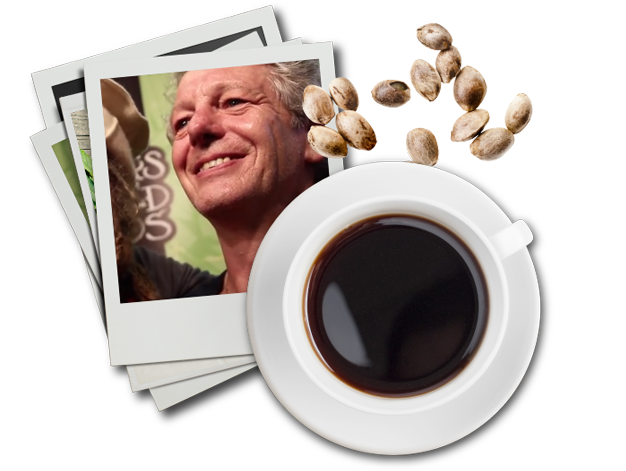 It was the late 1980s and high atop the Himalayas, heavy snow hurling its way down from the skies, a small group of breeders began to cross-breed marijuana strains carefully selected from every corner of the Middle East and Asia. Bountiful harvests of Sativa and Indica cultivars kept the group's spirits up during a 3 year stint in the rural, desolate mountains. One member of this talented group would go on to create one of the most prominent cannabis seed production businesses in the world. That business is Barney's Farm and the man who started it all is Derry.

After his period of successful cultivation in Asia, Derry returned to Amsterdam in 1992 with his newly created cannabis seeds and took the helm at Barney's Coffee Shop. The popularity of his strains made Barney's the must- go-to place for interested parties worldwide.

The unique nature of the beginnings of a company like Barney's Farm only adds to its already vast popularity. The winner of countless awards and a never ending desire to produce 'new and exciting' strains of cannabis, it's no wonder that there is an international demand for Barney’s Farm creations.

Over the last decade, Barney’s Farm have produced some of the world’s most popular varieties of cannabis, Winning the Cannabis Cup and Indica/Sativa Cups with G13 Haze, Liberty Haze, Amnesia Haze, Willie Nelson, Cookies Kush, Pineapple Chunk, Tangerine Dream and many more, and Critical Kush becoming a bestseller within months of release.

Despite a history spanning nearly 30 years, Barney’s Farm’s popularity has never diminished. New strains are frequently released, allowing for an ever-increasing audience to continue to enjoy high quality seeds from a company that started, literally, at the top and has remained there ever since.

Content for people of 18 years of age or older, entering barneysfarm.com is reserved for people at the age of majority. In the Netherlands, the age of majority is 18 years old, check your local laws and respect them. We dispatch our marijuana seeds with the reservation that they will  not be used in conflict with national laws. Customers must be aware that cannabis seeds are illegal in some countries. Barneys Farm provides these seeds on condition that they will not be taken to countries where they are illegal. Those doing so are solely responsible for their own actions and Barney’s Farm accepts no responsibility in this regard. Our online store complies with Netherlands law. Seeds are sold strictly for souvenirs, storage and genetic preservation. General legal notice: Germination is illegal in most countries, please check your country's law regarding seeds, paraphernalia and other products related with Cannabis culture.

Subscribe to our newsletter and get 10% OFF your next order

Enter, I am 18 years or olderI do not accept